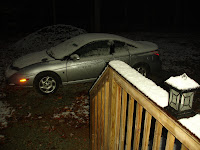 Most of my friends from the northern tundras teased about my complaining about the cold. Sure it is (and was) colder up there but they should expect cold and possibly even snow in November. Sure, some would not even call it snow. A dusting at best since it was not on the roads and most of melted shortly after the sun came up.

I have had offers to move North again but I prefer to let the snow melt if I am at home or let the hotel staff clear the drive if I am traveling. With all the traveling I do, I was beginning to wonder what state I was in that day. I prefer my snow to have little impact on the roads and to be pretty, short lived, on a weekend, and in January - like this picture from last winter: 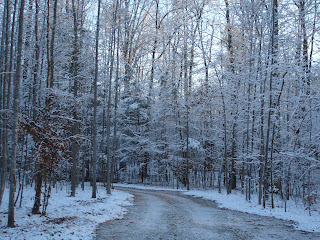