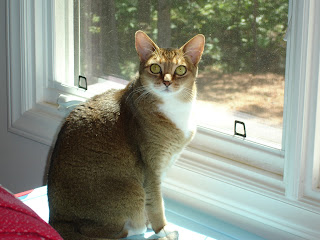 Cleo came into my world as a playful kitten. The most playful of the bunch. She (with the white paws) and her litter mate Toni were born to an Abyssinian show cat that had gotten together with the neighborhood Tabby. A friend of a friend knew I was looking for some housemates and well... you know. 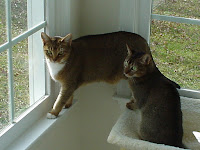 Of course she loved homemade catnip toys and playing with rope and laser pointers.  She preferred high perches including the top of the kitchen cabinets. 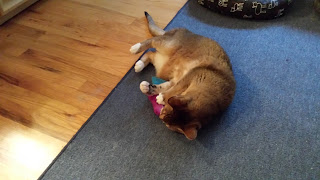 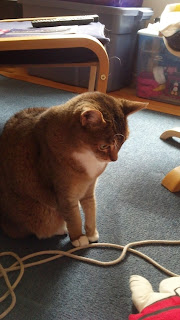 Then there was lying in the sun or curling in a warm bed. 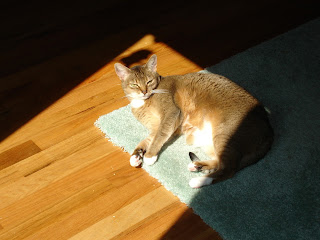 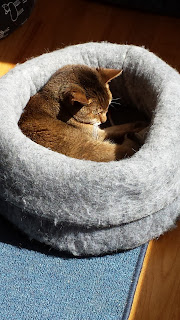 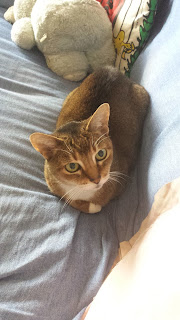 I do not have as many recent photos. She either comes at the camera and they are a blur or she is asleep.  This one is from earlier this month as she kept me company in my home office. 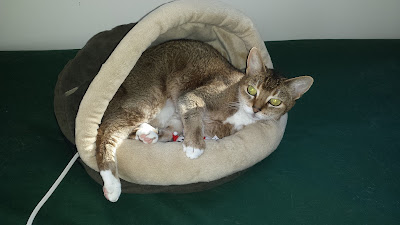 Her sister, Toni, is still with me.  Currently curled up under my comforter taking her half out of the very middle of a queen sized bed. Its just us now, kid.

Note to readers: This is primarily for reference for myself and for the reporting of CPEs for certifications I hold.

The RHCP party at the ballgame was awesome!
Full Schedule

Two talks that I specifically took notes in:

I volunteered this year which makes for a long day but I did sit in a few good talks.
I was laughing as the "Cyber Threats and Trends 2016 (FBI)" talked about potential problems from Maria just as the DDOS news was being updated with the connection.

Great two days. And spectacular weather. I wish I would have battled the traffic to get a T-shirt from early registration and see Totty at the pre-party.
With the increase in attendance, the rooms are still packed even with more sessions to choose from and lots of conflicts. Can't wait until a sponsor steps up to allow at least some sessions to be recorded and viewed later. I did find a few talks had been recorded. One on the Asian Penguins club was well done. The other on encrypted data in mysql was too hard to hear to be useful. (Please use the mic when being recorded even if those in the room can hear you without amplification).
Looking forward to next year. ATO and InfoSeCon are the same week in October so that will help my schedule some.  I need to decide on something to talk about...