Toni stayed with me for just over three months after Cleo left us. It just took me a lot longer to pull together the memories and pictures. 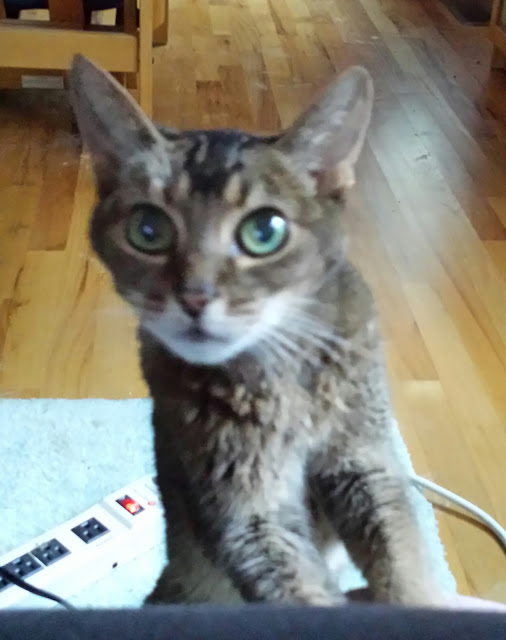 She was the inquisitive one but very shy at first. When I met them, Cleo was playing but Toni was content to sleep on the bed in the other room.  She was quiet, small, and shy. When I got them home I found out who was boss!  (hint: it was not the bluebird at the window!).

Cleo would get "caught" on the counters or into something but I soon discovered that Cleo only checked things out after Toni. Toni would hear me coming and get away from the trouble (and look at me innocently) as I chased Cleo away. Other times Cleo sat patiently waiting her turn, such as when Toni took over ALL the new catnip toys. 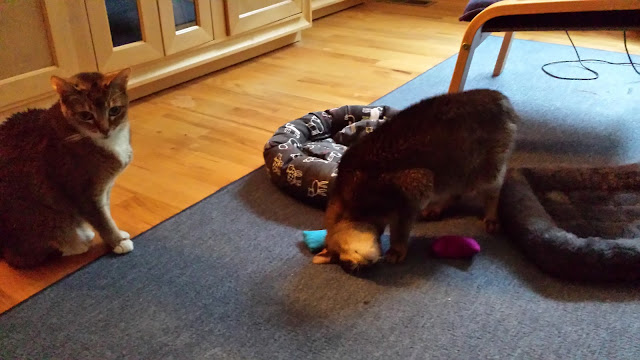 Toni rarely curled up with her sister and until the old age caused too much pain from the cold, she rarely cuddled with me either. She just was not a lap cat or big on being held. 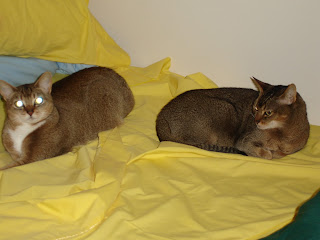 That is, other than at night in bed - where she also hating sharing. She would glare until her sister left and try to take her half out of the middle even with me before settling in on top of the covers and between my ankles.

She was pretty good at staring me awake in the mornings too. When that didn't work, she would bat at my face.

During the day, she was an expert at following the sun. 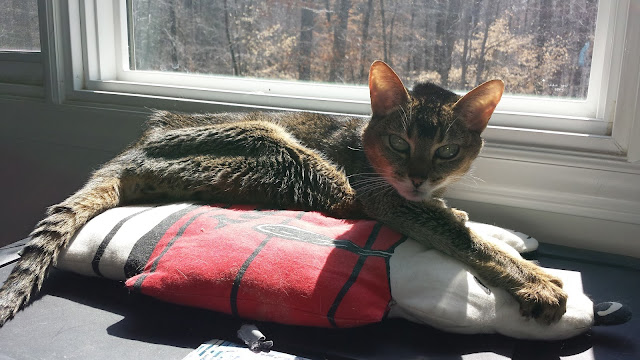 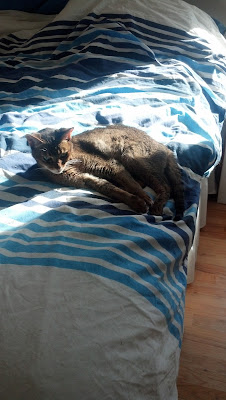 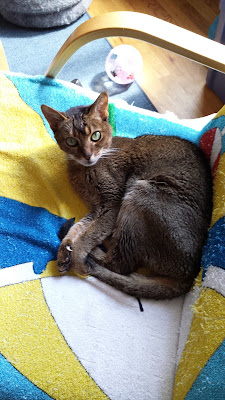 The last few months though, in her search for warmth and comfort, she was determined to make it hard for me to type by draping herself across my arm.  These were, of course, work from home, bad hair day, haven't taken a shower yet, productive days. 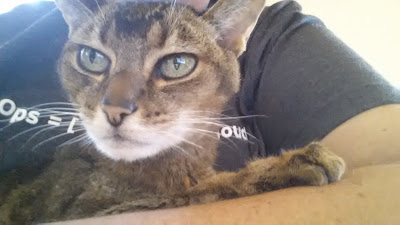 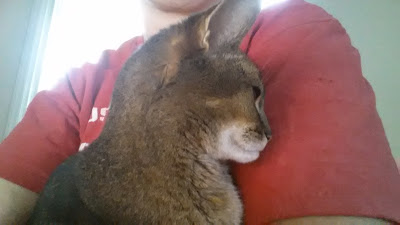 She also started sleeping under the covers but by then was also so skinny that sometimes I had to lift the covers to actually find her.